is a woman who has certainly made her mark on the real estate industry. Her incredible resume comes from years of dedication and hard work in the business.

Dolly Lenz graduated from Baruch College with a degree in accounting. While being an accountant at United Artists, her networking skills came into play when she began a friendship with Barbra Streisand, among other stars. Dolly worked at various agencies selling real estate to further her career before moving to Prudential Douglas Elliman in 1999. Not much time went by before she was recognized as an incredible asset to the team, which attributed to her becoming vice chairman in 2003. 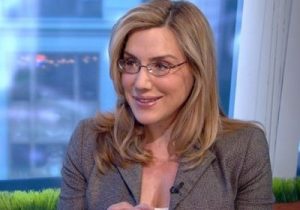 In 2013, she decided to pursue another path in her career and founded her own brokerage, Dolly Lenz Real Estate. Her firm is often in the press’s spotlight for the numerous milestones her team has achieved. With Dolly selling over $12 billion in properties during her career, it’s no surprise she is leading her team towards success. In addition, some of her big named clients include Cameron Diaz, Calvin Klein, and Mariah Carey.

One of her most notable transactions includes a $57 million triplex penthouse she sold to Rupert Murdoch for $45 million. This record-setting sale is what contributed to her being the only recipient of the ultimate Stratosphere Award. Dolly’s impressive resume and passion for the industry is what makes her one of the most sought after individuals to represent some of the most exclusive properties in the world.

Although her work clearly speaks for itself, she has also developed a following from her appearances on MSNBC, The View, and Power Lunch, among many other stations. She is also the host of Million Dollar Home Challenge on CNBC. Dolly Lenz is certainly an incredible woman in the real estate industry we can all take notes from!