Dottie Herman is certainly a name to know in the real estate industry. Earning the title of 2016’s Richest Self-Made American Woman in Real Estate came from years of hard work and dedication. Her work has certainly not gone unnoticed and has made her an inspiration to many.

Dottie Herman was born in Brooklyn, NY and grew up in Long Island. From a young age, Dottie learned the importance of assessing relationships, risk, and reward, and becoming independent after tragedy struck when her mother passed. These qualities translated into different aspects of her career throughout the years. Dottie attended Adelphi University, followed by embarking on her real estate career. She began working for Merrill Lynch in 1978. Eventually, Merrill Lynch’s real estate division was purchased by Prudential. Dottie took this as an opportunity to purchase Prudential Long Island Realty, even with naysayers telling her success was out of reach. This bold move is one that helped catapult her career. 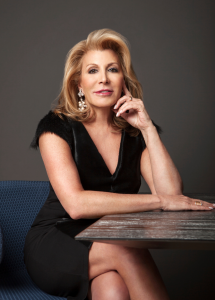 Prudential Long Island Realty expanded, which opened up new doors and possibilities for Dottie. In 2003, Dottie and her business partner Howard Lorber purchased Douglas Elliman in Manhattan. After becoming CEO of Douglas Elliman, success only magnified for Dottie. Douglas Elliman is the largest residential brokerage in New York, as well as the third-largest real estate company in the country. Their success is accompanied by having over 7,000 real estate professionals and 115 offices across the country.

Dottie’s exceptional work and dedication has hardly gone unnoticed. Awards she has received include The Influencer Roaring Thirty Award from NAWRD and the Outstanding New Yorker Award from The Guardian Angels, among many others. In addition to running a successful company, Dottie can be heard on the podcast “Eye on Real Estate” on AM970 every Saturday morning at 10 am. Hear her tips and tricks, market trends, news, and more.

It is clear Dottie’s consistency, passion, and drive are what attributed to her success today. We can all take a few notes from her book!