is a multi-faceted American woman. Many know her on ABC’s Shark Tank as an investor. But before growing her fan base by appearing on numerous seasons of the show, other aspects of her career contributed to such success.

Barbara was born in Edgewater, New Jersey and comes from a large family of 10 children. In 1971 she graduated with a degree in Education from St. Thomas Aquinas College. She wasted no time after graduation and began teaching in addition to working other side jobs. One of those jobs included renting apartments in New York City. It wasn’t long before she began working at a real estate company for the Giffuni Brothers as a receptionist. While in this receptionist position, Barbara borrowed $1,000 and formed The Corcoran Group. 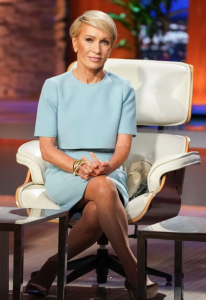 What is now known as a million-dollar brokerage firm began in a tiny office in Manhattan with just 7 agents back in 1973. With much success, The Corcoran Group was able to expand across all of New York City, the East End of Long Island, and South Florida. Barbara took advantage of the outstanding success her business was having and in 2001 sold her real estate firm for $66 million.

Selling her business opened her up to other opportunities such as engaging on Shark Tank for nine seasons. Barbara is also the author of Shark Tales: How I Turned $1,000 into a Billion Dollar Business! She has spoken at many major events across the country detailing her experience in the industry as well as leaving audience members with insight and key takeaways for building a business.

Her relentless perseverance has certainly contributed to the successful career she has. Barbara is proof that with dedication to your dream, anything is possible.