Samantha DeBianchi is a name you may have heard before. She can be seen on Bravo’s channel “Million Dollar Listing Miami”. But before the glitz and glam of the TV show, Sam was already establishing a name for herself in the real estate industry, among other areas of the business world. The TV show certainly boosted her visibility, but don’t discount the years of hard work and dedication that occurred behind the scenes. 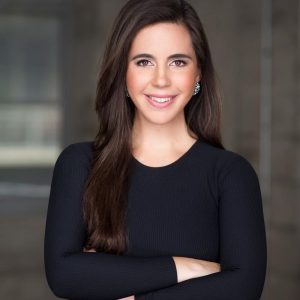 Sam graduated from Florida Atlantic University, followed by Nova Southeastern for her MBA, by age 22. When starting her career in the workforce, she initially worked in hospitality in Miami. Sam proved she could juggle multiple projects at once by creating a college course at the school of hospitality at Florida International University. She managed this huge accomplishment at the young age of 25, showing the world she was just getting started as a multi-faceted businesswoman.

After years of blogging about real estate, networking at countless events, and taking advantage of social media, Sam took a leap and made another one of her dreams into a reality. In July of 2011, Sam established DeBianchi Real Estate. Based in Fort Lauderdale, FL, Sam and her team have had incredible success over the years. In 2014, Sam appeared on “Million Dollar Listing Miami” for the entirety of the season. She quickly grew an even larger fan base which contributed to her 23.4K Instagram followers today. Her expertise in realty was highlighted on the show, in addition to her appearances in CNBC, Fox News, Bloomberg, and Fox Business.

Resume alone, Sam has proven to be an extremely successful woman in real estate. She continues to share her experiences with her consistent blog posts on her website. Sam’s hard work and dedication has certainly not gone unnoticed, which is why she’s this month’s Woman in the Spotlight!