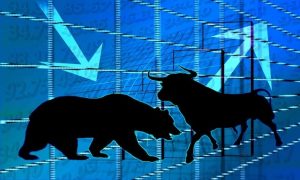 Everywhere you look, there is growing panic about COVID-19, otherwise known as human coronavirus, or SARS-CoV-2. Many people are panicked about the virus itself and becoming infected, but in recent weeks we’ve seen growing concern about the overall effect on the economy. This is especially apparent as more information becomes available about the drastic measures the Chinese government has taken to reduce the spread of the virus and disease. This is being compounded in recent days by the efforts undertaken by Italy to do the same as one of the new epicenters of the virus.

In the last month, the US markets have begun to react to growing fears about the expected negative effects on both supply and demand due to the impacts of COVID-19. Partially because of the expectation that the US is going to experience similar changes in demand with fewer people out spending due to quarantines and fears of infection, and growing difficulty in supply logistics as major sections of the global economy are virtually shuttered.

I want to set the stage briefly for those unfamiliar with the capital markets and then talk about the changes in capital markets and general population activity that will likely arise, and how those changes could create changes for the non-owner-occupied investment property mortgage industry.

News about the coronavirus is affecting financial markets.

There is a decent amount of panic with what is going on, and at first glimpse, they sound awful. However, it isn’t as doom and gloom as it looks right now.  The top 10 largest one-day drops in the history of the Dow Jones have all been in the last 3-4 years. This period has largely been considered to be one of the greatest markets in recent years as we’ve enjoyed relatively consistent growth since the recession ended in 2009.

People have been expecting another market correction or downtown for years at this point, and we have all heard countless comments of, “We’re due for one.” Within the last few days to a week (depending on which index you use), we’ve entered into a bear market with a greater than 20% drop.

There are a few causes of corrections, and there is always the question of whether it is largely related to supply or demand. The concern with this recently entered bear market is that there is expected to be a drop in both supply and demand, as more people are staying home and avoiding traveling.

This is expected to hit air travel, hotels, and most other services that would require people to leave their homes during the middle of a pandemic. We’ve already seen the impact of some of that expected reduction in demand and also how companies are trying to rebound from that decline in business. For example, over the past few days, airlines have been offering extremely cheap international and domestic flights. Larger impacts are expected to be felt specifically in areas that are reliant on tourism although the full extent is unknown at this time.

We will likely see a reduction in the number and percentage of people that are leaving their houses to go shopping for non-necessary items. This will drastically affect retail stores and restaurants as Americans cut back on non-essential spending in favor of increasing emergency savings and decreasing time outside of the home.

Supply will be affected as fewer people are willing or able to work. It is a drop in overall productivity and the economy’s overall capability to produce goods and services. Companies are closing offices, having workers operate remotely, shutting down facilities, and reducing travel. This effect will be felt directly with supply chains in the US having issues as some states declare states of emergency. The effect should also be expected indirectly as other countries enact policies that restrict travel, public gatherings, and potentially institute measures that close non-essential shops and services as seen in Italy.

While our industry will be affected by the fluctuation in the general markets, we are in a relatively unique position of positivity, best summed up by RCN’s VP of Treasury & Capital Markets, Justin Parker, 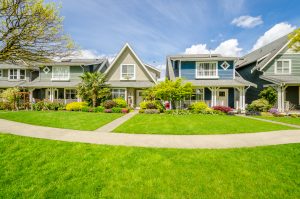 “It’s important to know that these changes have strengthened the positioning of both our products and the market. The securitization market (concerning our industry) has continued to execute at strong levels across all products, and there have been no signs from usual investors weakening their interest in our space (if anything, the interest has continued to rise as yield is easier to find in real estate as it compares to other usual outlets for heavy-hitter investors).”

“One of the outcomes of the unrest in the financial markets has been monies leaving equities (the stock market) and flowing into U.S Treasury bonds. U.S Treasuries are seen as a safe haven to wait out troubled times in the equity markets. As a result of the increased buying of bonds, the yield (interest rates) have been falling to historic lows. Now enter a new offering of bonds secured by the loans that we originate every day. Largely due to the higher coupon (interest rate) that our loan price at the appetite for these bonds was higher than expected. This caused the offering to be bought in rapid fashion and demand likely to increase as sophisticated investors continue to search for a well-secured product with a higher rate of return.”

The general shift to bonds over equities has helped put RCN in a stable position and increases demand from institutional investors for private non-owner-occupied mortgage-backed bonds, which are preferred due to their higher yields.

This is not to say that there will be no issues in our industry. We may see issues on the supply side for the borrowers we work with. This may include a reduction in available materials (especially due to the near shutdown of the Chinese economy, the world’s largest manufacturer, in recent months,), a decrease in work crews willing to work due to virus concerns, and difficulty with voluntary and involuntary restrictions on vendors involved in the mortgage process (appraisers, title companies, realtors) and situations where personal contact is often normal (closings, open houses, appraisals, and inspections).

We are also likely to see a scenario where the supply of available properties for purchase may increase, as typical owner-occupied purchases will likely drop as some potential buyers may stay in place to avoid the risk of exposure, and sellers may consider avoiding opening their home to prospective buyers. This would allow investors to potentially solve the main problem of recent years, finding available properties. Many investors may even be able to take advantage of this opportunity from the comfort of their homes, as the rise in technology has allowed many to evaluate properties from a distance, preserving their safety as they increase their portfolios.

Historically low-interest rates are expected to help a well, as the number of refinances is expected to jump. RCN has been able to reduce interest rates on our 30-year rental program due to recent changes from the Fed. Changes like Fed rate reductions cause more benefit to both lenders and investors operating in this space, especially with longer-term rental properties and longer-term mortgages.

It’s easy to see that the next few months are going to be tumultuous, and we will see economic shifts from both the general markets and economic policymakers. However, those involved in our industry may be able to find increased opportunities due to the fears of the general economy and the uniquely strong position our industry is in to be able to not only ride out but thrive during a time of economic uncertainty. Summed up best by the legendary investor Warren Buffet as, “Be fearful when others are greedy and greedy when others are fearful.”